The Harmandir Sahib in Amritsar, Punjab, is a holy shrine of Sikhism, and is commonly known as the Golden Temple. The temple’s architecture draws on both Hindu and Muslim artistic styles, yet represents a unique co-evolution of both. Amritsar means “pool of nectar.” Origin of the word ‘amrit’, indicates it as a drink of the gods, a rare and magical substance that catalyzes euphoric states of consciousness and spiritual enlightenment. Despite its great sacred status, the Golden Temple is open to visitors. As I walked around the temple surrounded by the sacred waters, the serene environment seemed to emanate pure blessedness. With the fall of dusk as the number of devotees gradually shrank, this serenity condensed further. As I sat gazing at the illuminated shrine, the silent atmosphere filled me with tranquility. Most of the photographs here have been clicked post dusk because that is when I discovered the peace and beauty of the place in a new way. I had gone back there post dinner for a few more clicks and was immediately awe struck by the calmness prevailing. After a few photographs I too joined a couple of devotees sitting beside the lake as I gazed into the nothingness – a peace which cannot be described in words. 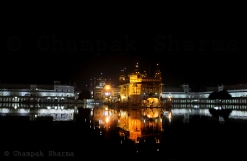 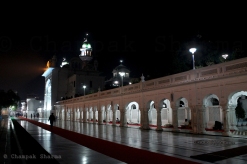 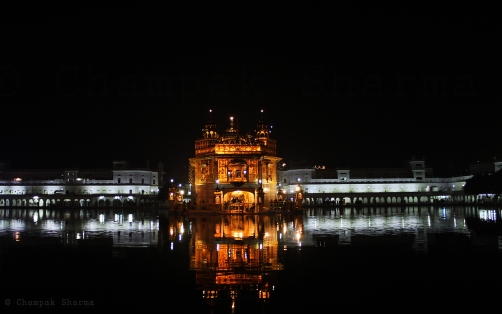